October Recap: Back and Forth Between Peterborough and Toronto + All The Money I Spent

I'm finding it a bit harder to sit down and write this month's recap as I can barely remember what I did in the beginning of this month.  Each week has been different from the next and it's strange to think it's only been a month. 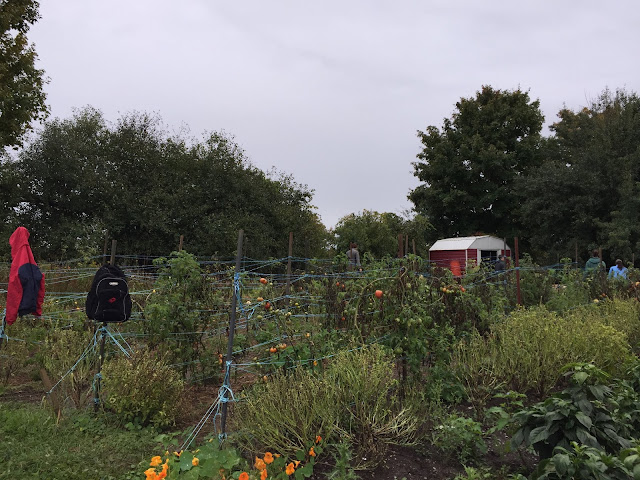 As the weeks get colder, the garden becomes more barren and there's less to get done.  We've mainly been harvesting the rest of the vegetables and will continue to do so until winter comes.  This photo was taken on a beautiful day.   We harvested hundreds of pounds of vegetables ranging from carrots, to spinach, to pumpkins.  I got to bring back a celeriac and it made for a great stew.

Since there's less to harvest I spend less time there, which allows me to get more school work done.  Speaking of the cold weather, I really need to get boots because winter is coming and the only proper form of footwear I have are my running shoes. 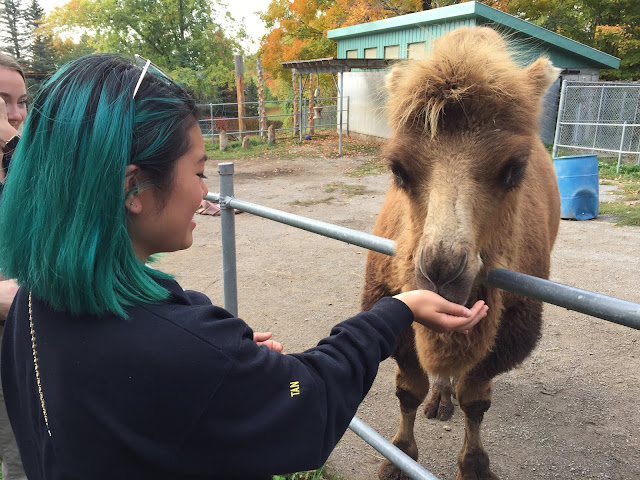 Beng a part of the PreVet Club, we got to go on a behind the scenes tour of the zoo.  I don't support zoos, but I've been learning a lot about the good things that this zoo does in particular.  Since it operates on a smaller scale, it's less commercialized.  Quite a few of the wildlife they house have disabilities, which prevents them from being able to survive on their own.  Other interesting cases are when they took in a boa constrictor that was confiscated at the border and the surviving reptiles from a zoo that burned down.  I've been meaning to read more on the ethics of zoos.  I think it's a really important topic that I want to familiarize myself with and be able to voice my opinion and concerns to others in an intelligent manner. 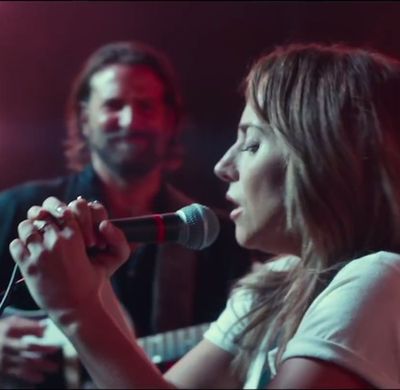 Natalie and I made had an impromptu night at the movies to see A Star Is Born.  I went in to it believing it was a documentary of Lady Gaga and left with a profound respect for her as an artist.  When I was in elementary school I would listen to Lady Gaga's songs all the time because my best friend loved her.  Then I stopped following her music career for a few years.  Since this movie I've been playing the soundtrack on repeat.  The songs are incredibly moving and she's such a powerhouse.  I hope to see her in more movies.  I still can't get over how amazing of an actor she is. 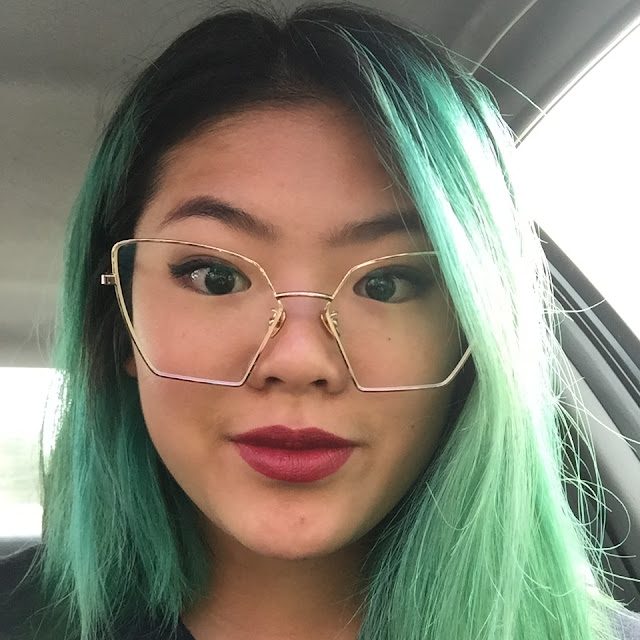 I went back home twice this month which is more than I thought I would in the semester.  First there was Thanksgiving.  It's never been a big tradition in my house.  In general we tend to "celebrate" most Canadian holidays but with less festivity and family tradition.  Since my mom was away, we didn't celebrate at all.  Nevertheless I took the Go Bus and Go Train home and got to spend a few days with my rat, Ally.  Her old age is starting to show and she's got a huge mammary tumour, but it's relatively harmless at the moment.

Then there was reading week - a week off for university students to study for midterms and work on projects, but for most people it's a time to go back home and sleep in.  I did not stray from the latter.  On the first day of reading week (October 22) I took my G2.  I figured since I already have 4 midterms coming up, what's another examination going to do.  Luckily I passed :). This cheesy selfie was taken after I drove myself (to Rexall) for the first time.  Notice that I also got new glasses!  This was also when I started to strip the blue out of my hair.   You can also observe this slow progression of my hair lightning and turning more green in the last picture.

Side note: I dyed my hair orange and got bangs.  But I'm still uncertain as to how I feel about the new hairstyle... so you may or may not ever see pictures of my orange hair. 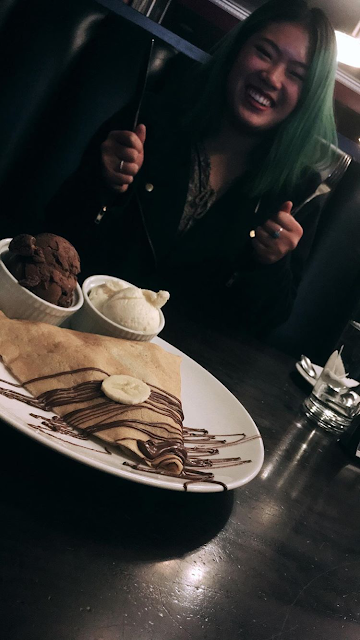 I published a post about spending the day with my friends in downtown Toronto here.  I thought it deserved it's own post because we went to a lot of places and took a lot of pictures I couldn't leave out. 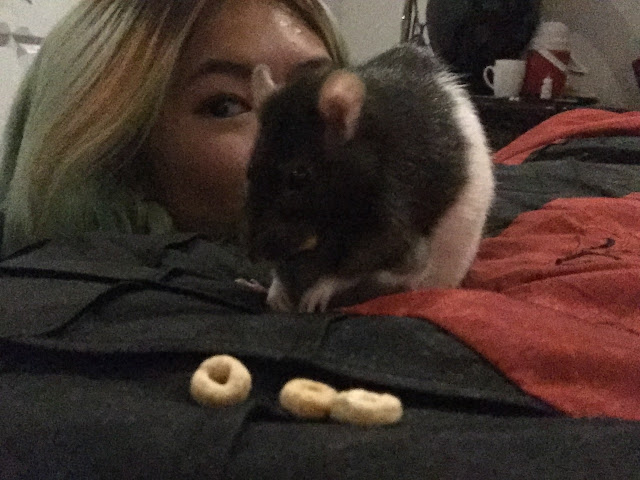 What better way to end this month's recap than with a picture of my baby.

My monthly budget started out at $200/month, however since I over spent in September I cut my October budget back by that extra amount.

October wasn't any better than September.  I'm beginning to realize that I actually do eat out a lot.  The majority of the time it's because I'm hanging out with friends, but it's something I really value.  We love trying new foods and I love the conversations we have around the table. 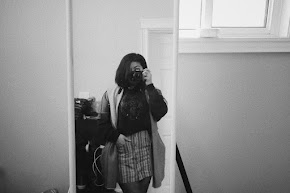